I Need You To Know 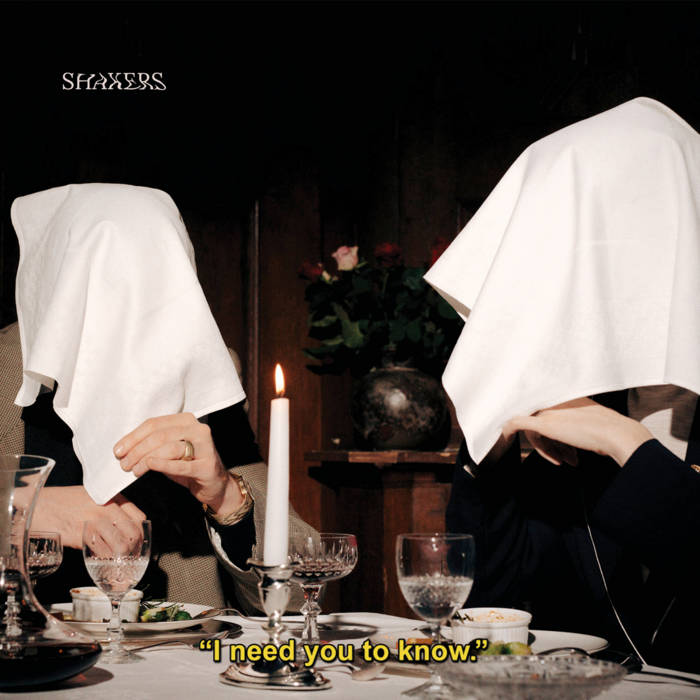 Recorded live over five days, I Need You To Know encapsulates Shakers’ relentless energy. Channeling the likes of Xerxes, Comadre and Touché Amoré, the five-piece from Wiesbaden, Germany have created a record that sits neatly between Is Survived By and The Lack Long After, one that shakes with ferocious energy and incredible musicianship. Pounding drums and ever-intriguing bass lines provide a rock-solid foundation for intricately interplaying guitar melodies, while the range of emotion displayed in the ever-oscillating vocals is rarely found in a genre that is often reluctant to show vulnerability.
Reckoning with loss and acknowledging change, I Need You To Know is a record that confronts the minutiae of everyday struggle and takes them to task. “It still goes on, and it takes its toll. It still goes on, but we’re not alone,” can be heard lamenting on opening track “Allay”. However, all is not completely lost - they are in as much pain as we are, but they’re right there beside us. There is no suggestion that they know the right path, that they are privy to knowledge or a way of life that we are unaware of. They face the same struggles that we do, but they can help us appreciate what we are feeling and show that, although there might not be a light at the end of the tunnel, at least we’re in the dark together.

The album is full of little moments of ingenuity - the screech of feedback in “Swan Song”, the agonizing backing vocals on “Spin” and “If It’s Done With It’s Eternal”, the sound of the snare being turned on in “Fuse”. These little moments are brought to life by Jan Kerscher’s (Ghost City Recordings) excellent production, capturing the band’s live presence and energy, their emotion and technical prowess. I Need You To Know is a record that is brimming with character and personality, full of emotion and soul and musicianship, all the while retaining an intensity that is paralleled by the band’s songwriting.

There is an acceptance of what can’t be changed, a willingness to confront the harsh realities of life, but I Need You To Know is not a pessimistic, negative album. It is ultimately one of hope. “I saw the cracks in the walls and the sun shining through.” Shakers know that there is something else, and invite you on their journey to try and find it. We might not make it, but we have each other.

Record label and collective based in Girona / Barcelona since 2011.

Bandcamp Daily  your guide to the world of Bandcamp

MF DOOM is given his flowers, plus appearances from MC Jada Imani and Stanley Ipkuss